Acetic acid (CH3COOH), methanol (CH3OH), and other oxygenates are important industrial chemical products. Currently, acetic acid is most produced by carbonylation of methanol, which is the reaction of carbon monoxide (CO) with methanol:

This reaction is performed at intermediate temperatures (200–300 °C) and extremely high pressures (30-60 atm) using an iridium catalyst and is known as the Cativa process. Methanol is primarily produced from syngas made by steam methane reforming:

The steam methane reforming reaction requires 700–900 °C temperatures and is traditionally performed using a nickel-based catalyst. The syngas produced is then converted to methanol in a second step at temperatures of 200–300 °C and very high pressures (35-100 atm) over a copper-based catalyst with an H2/CO ratio of 2, i.e.,

However, these conventional synthesis approaches suffer from multiple disadvantages. Firstly, extremely high pressures are needed, and the processes involve multiple steps for both methanol and acetic acid production. Secondly, the capital and operating cost of the production is high due to the extreme reaction conditions, multiple-step synthesis process, and the requirements of large-scale operations.

In a DOE SBIR Phase I Program “Plasma-Catalysis of CO2 and CH4 to Produce High-Value Chemicals” (Award Number DE-SC0019942) to evaluate the possibility of using nonthermal plasma to produce oxygenates (methanol (C1) and C2-C4 alcohols) and acetic acid (CH3COOH) from carbon dioxide and methane (Figure 5a). Lab-scale dielectric barrier discharge (DBD) plasma reactor was designed (Figure 5b). Both of these feedstocks are greenhouse gases and are relatively inexpensive. Moreover, we aim to produce these high-value species in a single-step, low-pressure process, in contrast to the current multistep, high-pressure process. While these high-value products are not typically formed at thermodynamic equilibrium following a direct reaction between carbon dioxide and natural gas (methane), by first dissociating the reactants into radical species using nonthermal plasma, the resulting reaction is thermodynamically favorable. 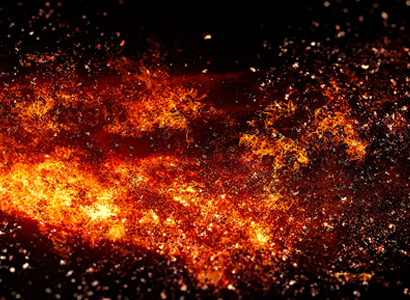